Vals and Sals: Meet the students who are at the top of their class 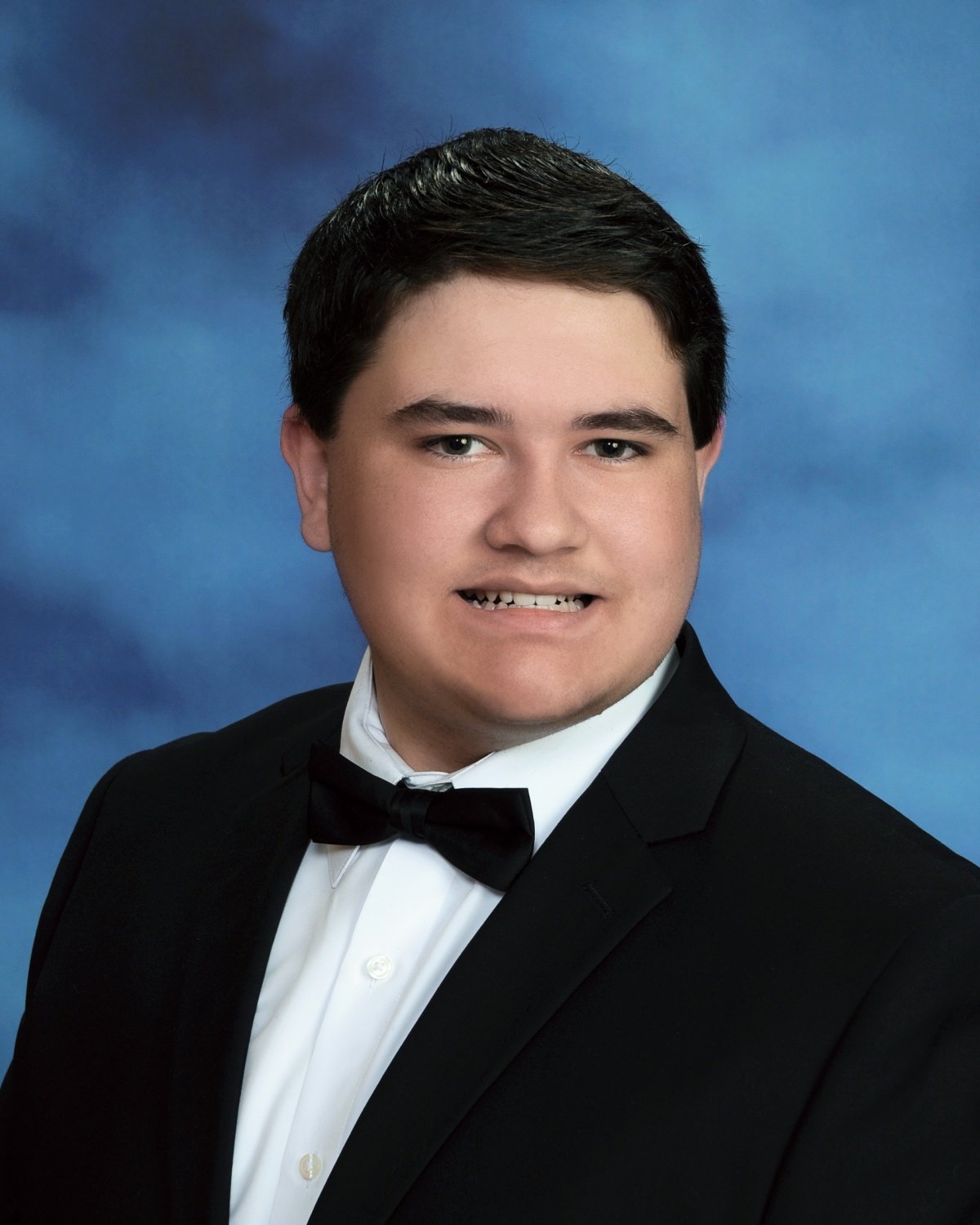 Christian Reilly, 17, from Mastic will be attending Stony Brook University to study biology after completing his high school career at William Floyd High School with a weighted 103.22 GPA.
Reilly is a member of the National Honor Society, Science Honor Society, Foreign Language Honor Society and Medical Club.
Of the honor, he said, he has always done well academically and tried his best in all his classes and extracurriculars. He chose his major with hopes ofentering the medical field in the future.
Completing his high school education during a pandemic, he admitted, was difficult. The hardest part was not being able to see friends and learn in person. Nevertheless, he is happy to finally be back in school.
After graduation, he said he is looking forward to seeing some family members he hasn’t seen in a while due to the pandemic with a small party at his house. He is mostly looking forward to starting his college career.
“I met a lot of great people in William Floyd,” he said, proud of his roots. “All the teachers were great and I will take with me all the advice. They told me to always do the best you can do and always strive to be the best version of yourself.”
His advice for the Class of 2021?
“I would tell them, ‘If you have your mind set on something, you can achieve whatever you want,’” he said, hoping to inspire his classmates to follow their dreams and to work hard. “Always keep striving to be what you want and you’ll eventually get there.”

Dorian DeLeon, 17, from Shirley, takes home the salutatorian spot with a weighted 102.3 GPA and will also be attending Stony Brook University, but for nursing.
During his high school career, he was an avid tennis player. He hopes to pursue nursing to give back to the nurses that helped take care of him after being ill as a child.
After graduation, he said he is mostly excited to attend college and meet new people. His advice to the Class of 2021?
“Determination. Look towards the end goal and work really hard to achieve [it],” he said.
As for his time at Floyd, he said he is thankful for the teachers who help step him up and grow into who he is today. Finishing high school in a pandemic, he added, was not the same, but returning to in-person learning made it worth it.
In the future, he said he hopes to travel as a nurse and see more of the world; for now, he said he will be enjoying the summer. 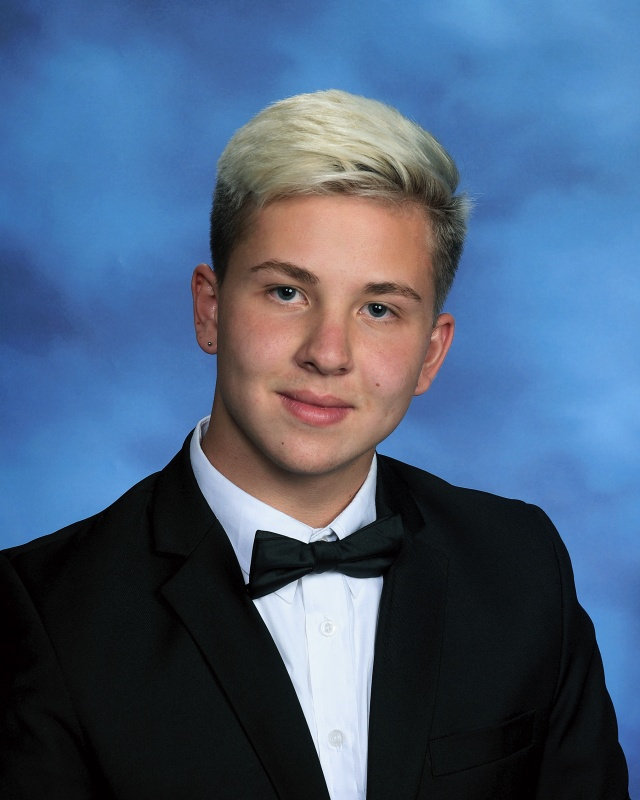 Anthony Notartomaso, valedictorian, has 103.01 GPA and plans to head to Stony Brook University to study chemistry with hopes to conduct scientific research and find environmental advances.
Notartomaso is a member of the jazz band, pit ensemble for “Beauty and the Beast” and the math, science and national honor societies. He also volunteers at the Lighthouse Mission Kids Club and tutors middle school students in math. Musically, he was also honored as Euphonium, SCMEA All-County Band and NYSCAME All-County Band and NYSBDA State honor band.
His advice to his classmates?
"Put yourself first," he said. "Oftentimes, we try to make everyone else happy and lose ourselves in the process. This year we have seen many people struggle financially and mentally due to the strain of current events, causing them to need serious help themselves. Ultimately, focus on your personal needs and happiness before you go out of your way to help others."
His favorite high school memory was being in the pit ensemble for “Beauty and the Beast” during his junior year.
"I remember ordering pizza before rehearsals, throwing candy bars around to everyone from the girls softball fundraiser, and almost passing out at times from the strain of tech week [the week prior to performances]," he recalled.
Finishing up the year during a pandemic was difficult in his senior year. It was hard, he admitted, finishing up the full year's course material online half of the week and then being required to take full AP tests.
As for the future, he said, life is prone to change at any moment and nothing is guaranteed forever. He hopes the losses and struggles of the past year show everyone how to support each other and appreciate what they have. After college, he hopes to pursue a master’s in a similar field.
"Apart from education, I hope to see myself working in a field that will help advance the current state of the world," he added. "Specifically in terms of energy crises, and food and health insecurities." 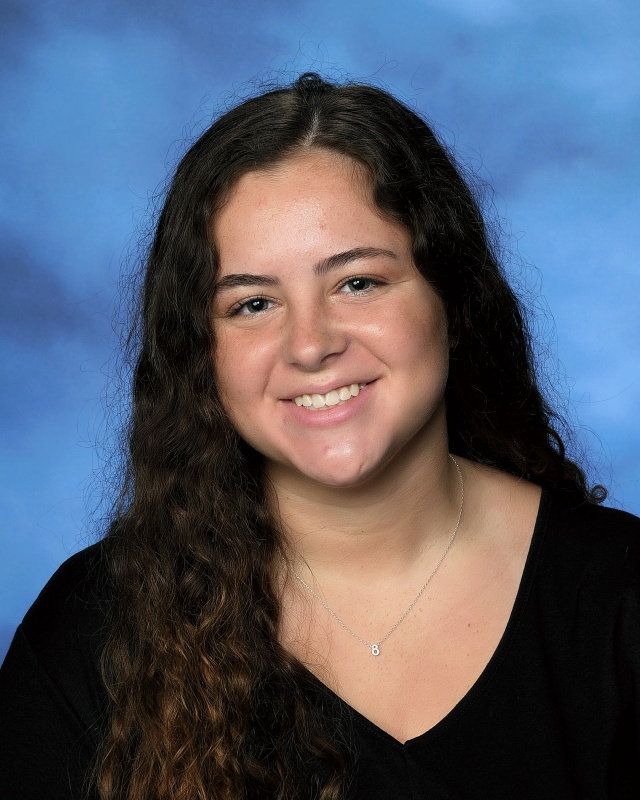 Victoria Monte is this year’s Bellport High School salutatorian with a 102.75 GPA. She plans on attending North Central College in Chicago to study sports management.
Though Monte does not play sports herself, she said, she is a gigantic sports fan with hopes of facilitating at stadiums after college. Her favorite sport is baseball.
As a fifth grader, she was in the top of her class with the best GPA. At that moment, she said, she knew becoming top of her class in high school was something she could achieve.
“I was always good at school; it was never something I really strove for, but it was something I knew I had the ability to do,” she said, proud of her spot.
Her advice for the graduating class is simple: patience.
“A lot of people overlook it,” she said. “Every once in a while, some things are just out of your hands. Go with flow and if you want something bad enough, work for it. Be willing to give it time to happen. Trust the process.”
She said that she is most grateful for her time at Bellport High School. Her best memory is playing for the orchestra pit in the high school musical last year just before COVID shutdown the schools.
“I never had a dull or bad day going to Bellport,” she said. “I am having the best time with the best people. Graduating will be bittersweet. I am excited for the future and honored to have my foundations here at Bellport.”
She boasted the district, adding that it’s the best place for a hometown community with a great education, incredible sports and music programs.
Monte was a member of the Book Club, French Club, president of the Future Teachers of America, vice president of Fathom Literary Magazine, and the head writer for The Clipper school newspaper. She also plays in the school’s concert, chamber and pit orchestras and is a part of National Honor Society, as well as Math, Science and Tri- M Music Honor Society. At the local dance school’s biannual recitals, she also volunteers backstage helping with costumes, prop placement, and working the curtains. 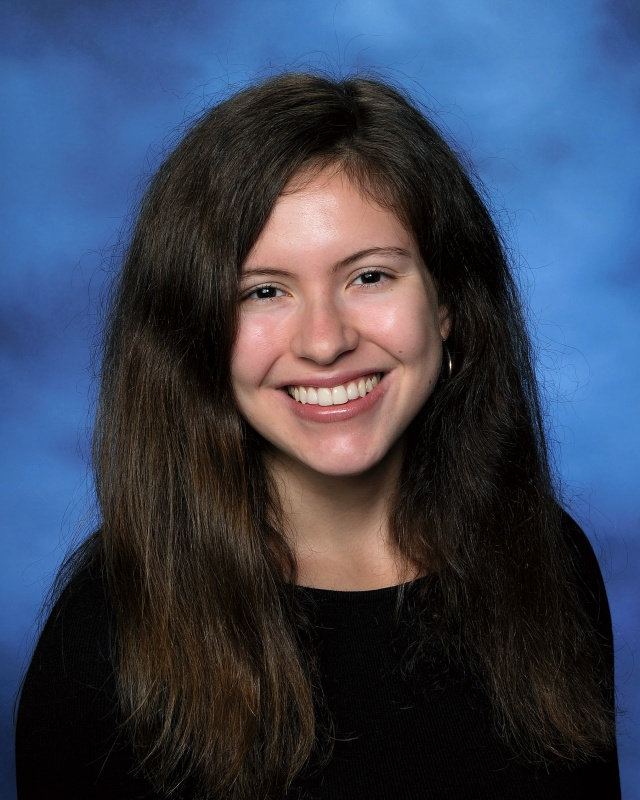 Charlotte Kellogg, 18, is South Country’s essayist with a 102.73 GPA. She will be attending Amherst College through a full-ride QuestBridge scholarship with plans to take advantage of the liberal arts education and exploring different areas of study, though she has a particular interest in environmental studies, statistics and literature.
At school she founded the Debate Club, is the vice president of the Math Honor Society, president of the Math Team, president of the Chess Club and is a member of the Science Honor Society, National Honor Society, QuestBridge college prep scholars’ program, HOBY ambassadorship and Kode with Klossy Mobile App Development Camp.
A piece of advice for her classmates would be: “Slow and steady wins the race.”
“Above all else, take care of yourself emotionally and physically before worrying about academics—it will only make your academics performance stronger in the long run,” she said. “Learn to pace yourself and your work, because last-minute preparation for exams or projects doesn’t work and causes unnecessary stress.”
Her best memory at Bellport High School is listening to Cheryl Wills, the news anchor for NY 1, speak in 2020. She said her strength and eloquence was inspiring. Finishing up high school in a pandemic has had a major impact on her life, positively, she added.
“It might sound odd, but learning to take responsibility for my work, both in scheduling and preparation, has been invaluable,” she said.
As for her future, she hopes to make an impact on the world through advocating for climate action, carrying out medical trials or any other possibilities. 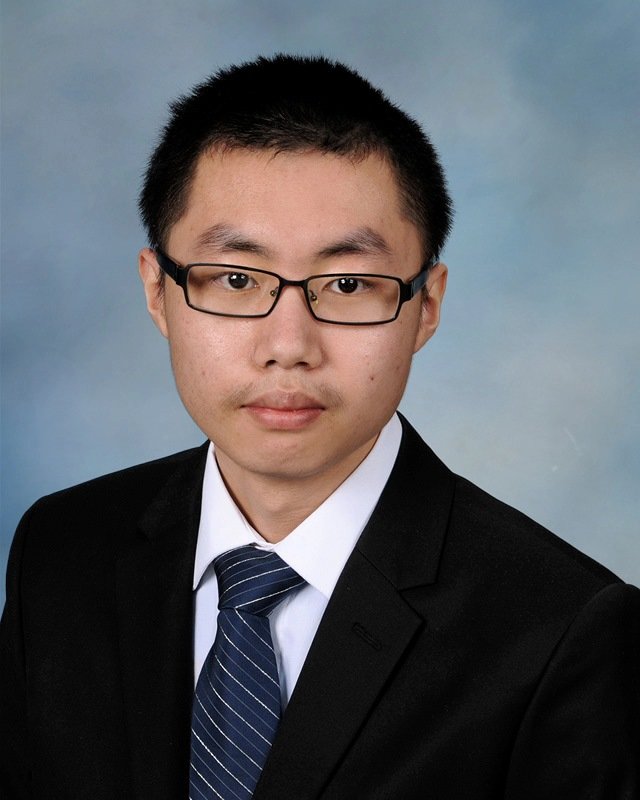 Wilson Li, 18, of Patchogue, is this year’s Patchogue-Medford High School valedictorian with a 104.5 weighted GPA. He plans to attend the University of Virginia to study computer science. He is a member of SPARK Protein Crystallography, Robotics and track and is a National AP Scholar.
A word of advice to his classmates: “Enjoy the journey instead of being so fixated on the destination,” he said.
His best memory of his high school career is taking web design with his friends. He also said the pandemic made the year go by very quickly. For the future, he said he hopes to become self-actualized and can’t wait to head off to college. 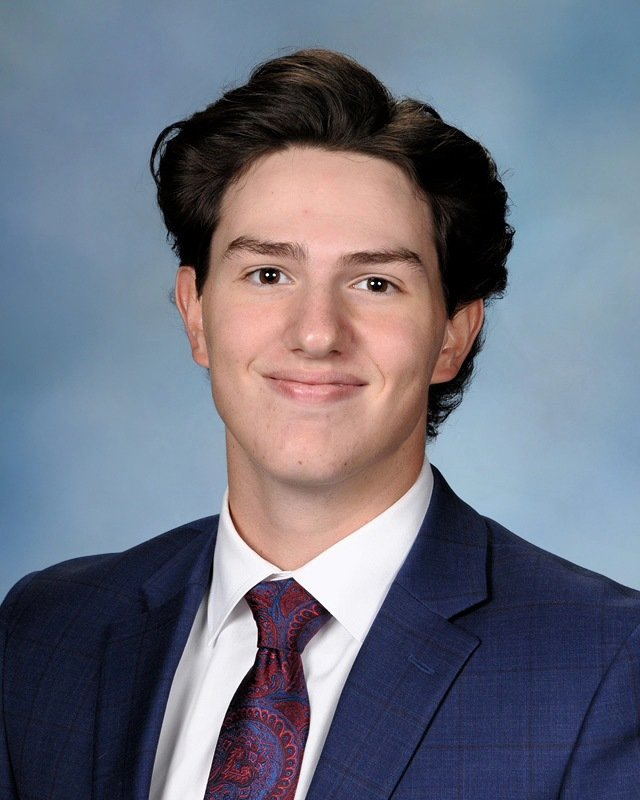 Justin Moutouka, 18, of Medford, has a 103.27 GPA and plans on attending Brown University to study biochemistry and molecular biology. He is a member of the JV/varsity football and baseball teams, the Science Olympiad, Model United Nations, SPARK Protein Crystallography Collaboration, St. Sylvester’s Youth Group and the Gurwin Jewish Nursing & Rehabilitation center as a volunteer. He is also an AP Scholar and a Great American Rivalry Series scholar athlete.
Advice he would like to offer his classmates: “It’s important to always set high goals for yourself and do everything you can to reach them, but don’t let the ultimate goal define you,” he said. “I’ve spent much of these past years pursuing an educational goal and I’ve learned that the most defining and inspiring moments occur during the journey, not all at the end.”
His best memory from high school was an extra-innings baseball game that ended in the 11th inning with a walk-off hit.
Finishing up his high school career during a pandemic, he said, was initially difficult without labs and afterschool activities. However, as everyone began to adapt and the return of sports coupled with in-person education, he became inspired.
He said he can’t wait for graduation and the unique prom. In his future, he added, he hopes to lead his own research on medicine, technologies and scientific exploration. He also hopes to impact people with his work and find the right girl, he said laughing.
“I’m super excited to get to Brown and start a new journey in college, but specifically, I plan to pursue scientific research at the institution,” he said. “I can’t wait to see the things I can do with skills learned throughout my education.”

Village of Patchogue is under a Snow Emergency

Prepping for the snow

The current weather forecast indicates the probability of significant snowfall acrossBrookhaven Town on Friday night (1/28) and Saturday (1/29). The Town urges residents to take …