Finding a market for recyclable glass

Supervisor Romaine calls for the use of pulverized glass in concrete

“...If we could start to utilize some glass, it could address the recycling issue in the region and significantly impact greenhouse gas emissions in our local waterways. It would have a [tremendous] environmental benefit.””
FRANK ROETHEL, Professor, Stony Brook
Nicole Fuentes

In an effort to support local municipality recycling, the Town of Brookhaven is seeking support for legislation that would allow for alternative uses of recycled glass, including pulverized glass to be used in cement for commercial construction.

In 2018, China declined most foreign recycled materials. While still collecting paper, cardboard, metal and limited plastics, nearly all municipalities have stopped including glass in the collection stream. The town began collecting glass in the recycling process years ago but ceased curbside collection after no market could be found. Glass is now only available for recycling at certain drop-off points. Currently, the Town of Brookhaven uses crushed glass as cover for the landfill. 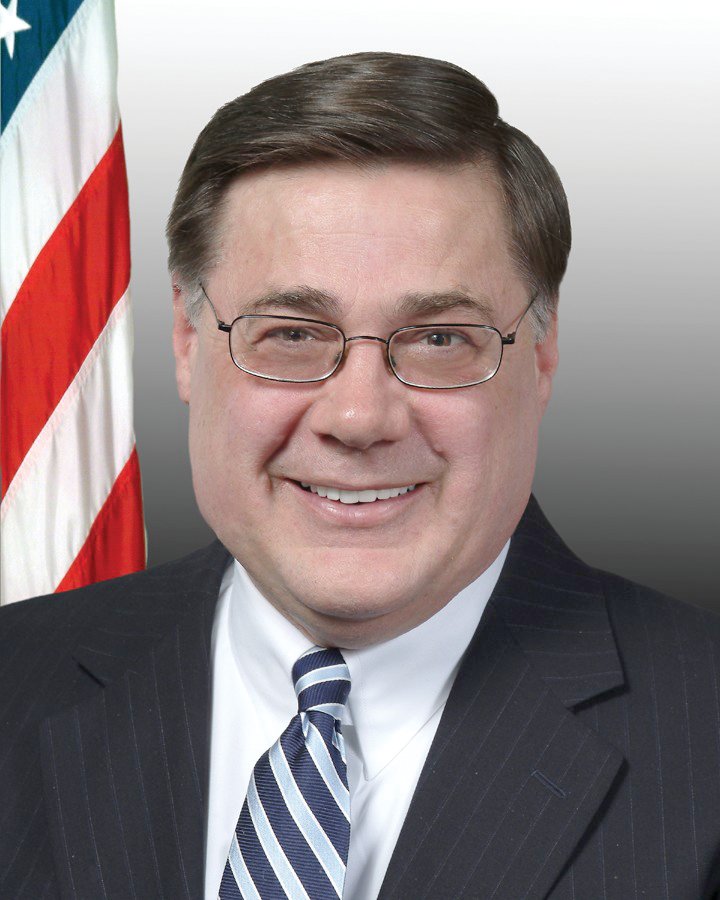 “Brookhaven Town recently received notice that the Department of Energy’s Advance Research Projects Agency will be soliciting proposals later this month to fund projects that overcome technical barriers around a particular energy area,” Romaine wrote. “This may be an opportunity to secure federal funding to evaluate the use of pulverized glass as a partial substitute for Portland cement.”

Researchers at Stony Brook University’s Waste Reduction and Management Institute believe glass can be pulverized to the consistency of flour and used as a partial replacement in various concrete products.

Frank Roethel, a professor at Stony Brook School of Marine and Atmospheric Sciences in the division of Waste Reduction and Management Institute, said he has been working on a solution to the reuse of glass with a student, prior to the COVID-19 pandemic.

“We found that if you pulverize glass into a flour consistency it was very cementitious,” he said, noting that his testing found that after the 28-day curing process, his samples, that, in part, used the glass actually ended up stronger than standard cement. “What’s even more interesting is that if we could start to utilize some glass it could address the recycling issue in the region and significantly impact greenhouse gas emissions in our local waterways. It would have a [tremendous] environmental benefit.”

Romaine and Roethel hope to work in coordination in a laboratory evaluation where mix designs would be developed, assessing variables such aggregate types, curing conditions and percent replacement.

“This is something we have advocated for a long time,” Romaine added, noting that a bigger and better Bottle Bill and reducing the size of packaging would also help efforts to recycle glass.

The town, he said, would then partner with a local concrete manufacturer to field test this product and the data from this phase of the study will be used in the preparation of a Beneficial Use Determination (BUD) application to the New York State Department of Environmental Conservation.

“While the financial implications of this study will be examined by individuals experienced in such an undertaking, our limited knowledge suggest this approach can result in considerable savings to not just the Town of Brookhaven, but all municipalities,” he continued.

Ultimately, Romaine noted that the town supports Kaminsky’s bill to use recycled ground-glass in concrete and urges them to reintroduce former Sen. Monica Martinez’s proposed bill, which would direct the Department of Environmental Conservation to study alternative uses for recycled glass to promote reuse.

Romaine also offered the Town of Brookhaven for a pilot program to test local concrete on a portion of selected roads and projects such as sidewalks, curbs and storage facilities. Should a solution and market for recyclable glass be locally found, Romaine said the town would consider recollecting at the curb.

“I would be happy to collect it at the curb, but right now there is no point to collecting it without a market,” he continued. “We need to be able to reduce, reuse and then recycle.”

The William Floyd School District Board of Education recently adopted the 2021-22 proposed budget in the amount of $251,311,607, which is a 2.32 percent increase over last year’s budget. This …

Your guide to this year's Board of Education elections
PATCHOGUE-MEDFORD SCHOOLSThere are seven candidates running at-large for three open seats. Anthony O’Brien is not running again. The other two incumbents are Marc Negrin and Bernadette Smith. …
Legis. Bridget Fleming announces run for Congress in NY-1
Suffolk County Legislator Bridget Fleming (D-Sag Harbor) has announced her candidacy for Congress in New York’s First Congressional District. With a backdrop of Patchogue Lake, Fleming …

Residents demand end to over decades-long wait
Beth Wahl has been in this fight for a long time. “I personally have been fighting for 20 years to get sewers,” Wahl said. “We as a community absolutely must keep the pressure …